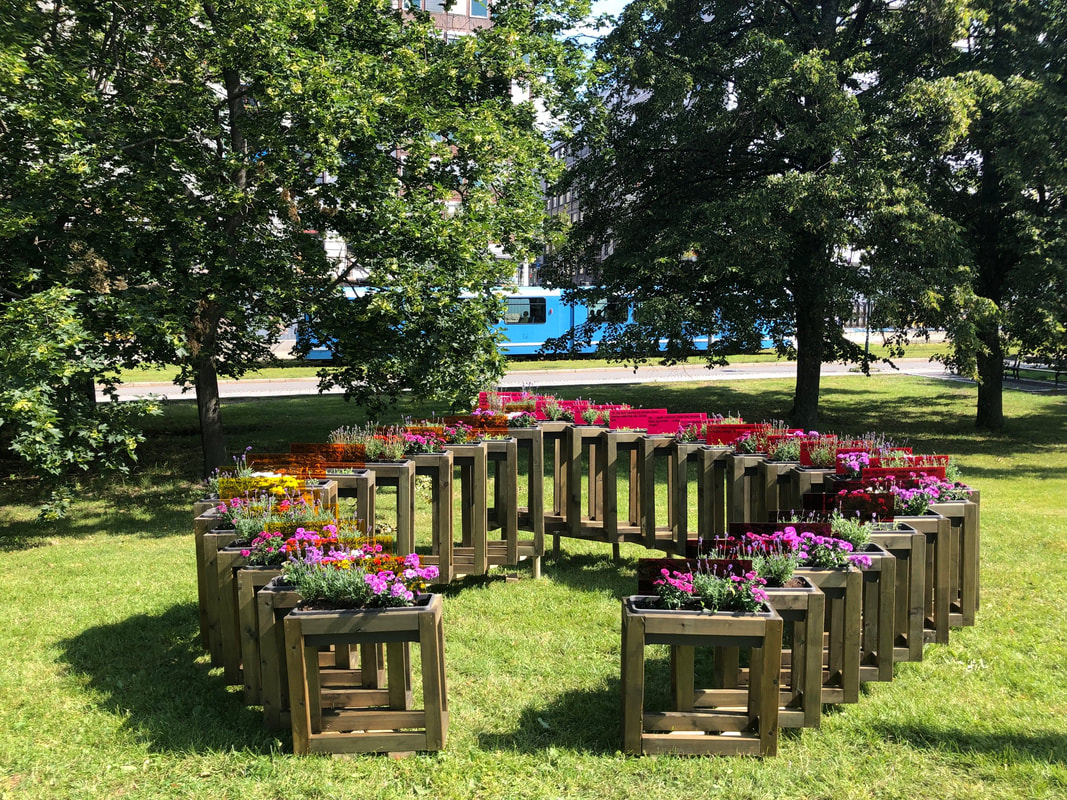 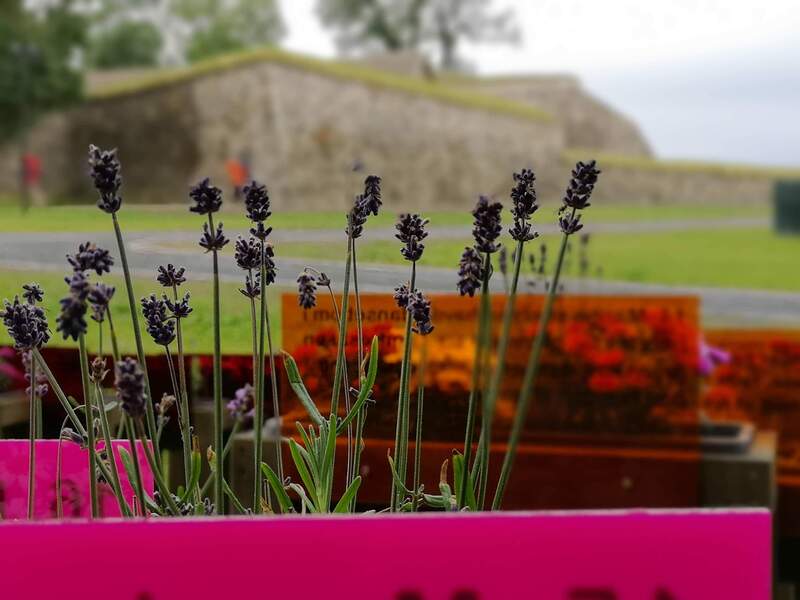 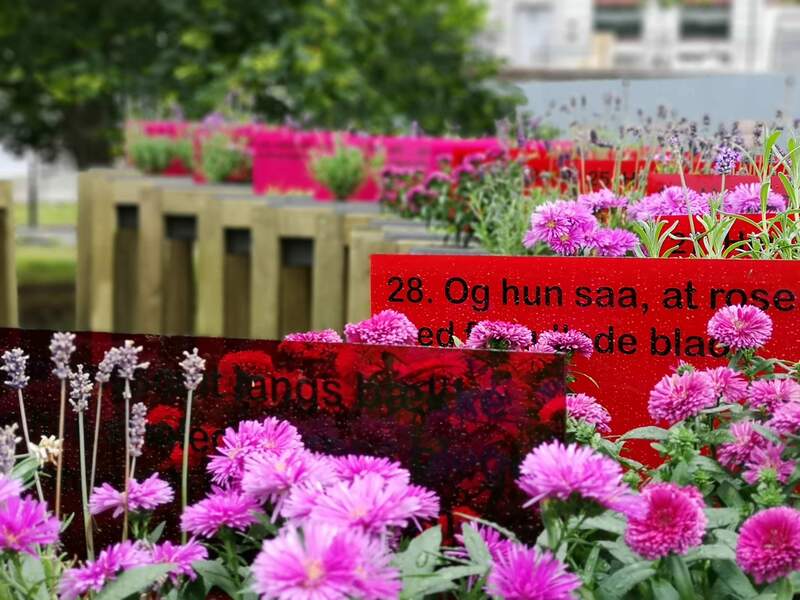 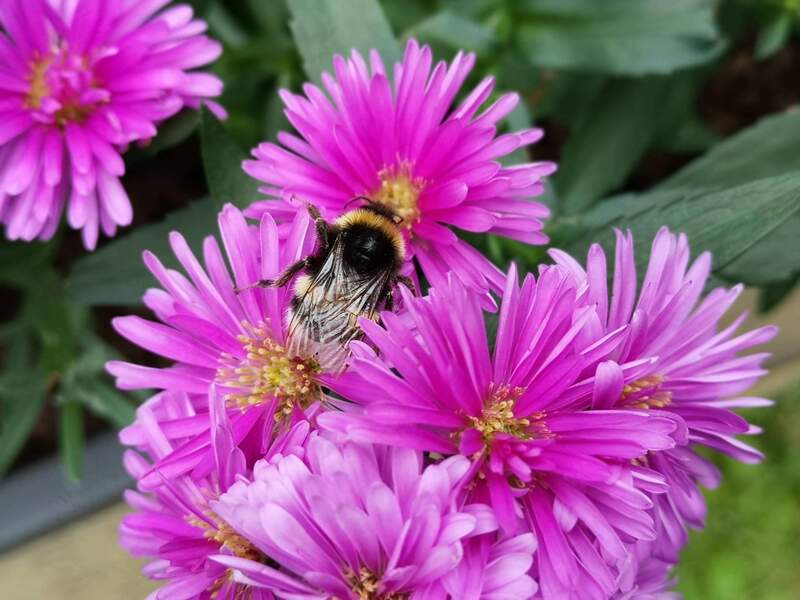 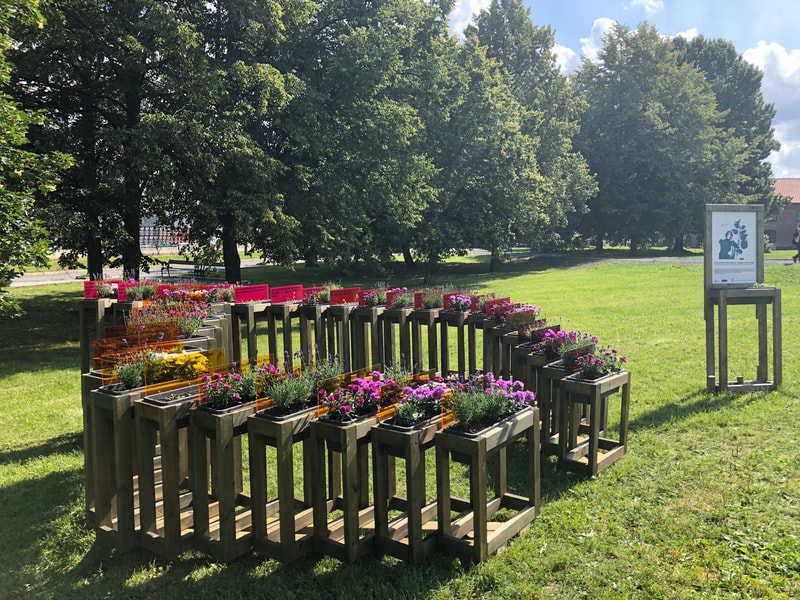 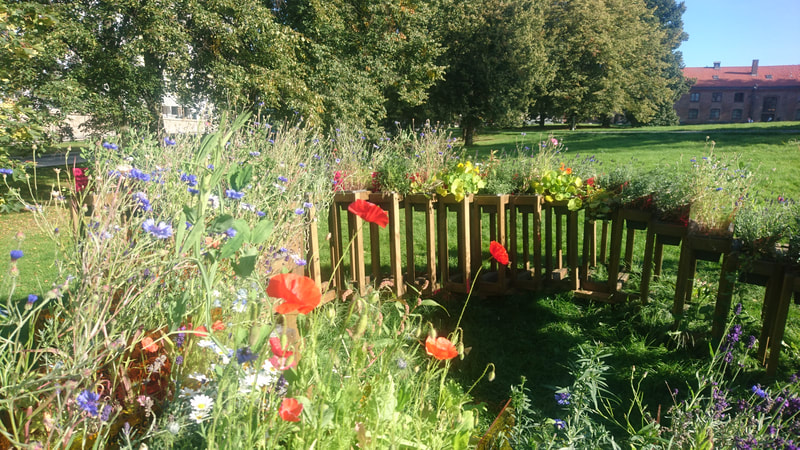 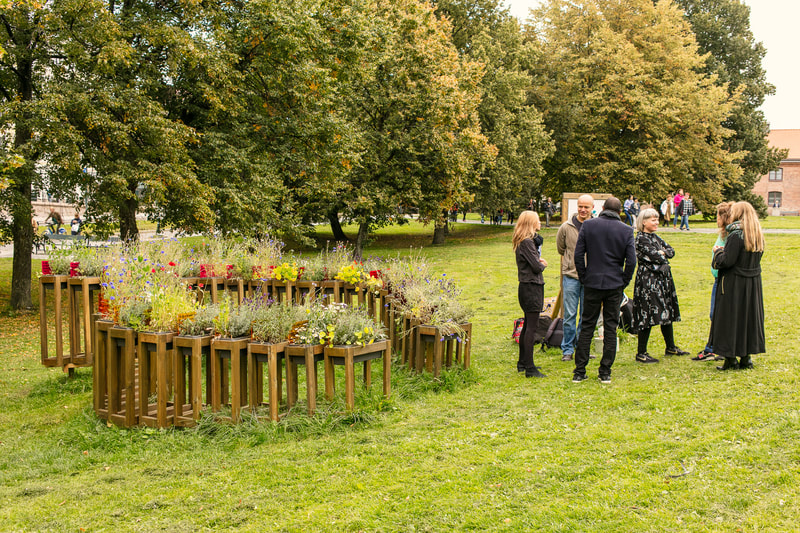 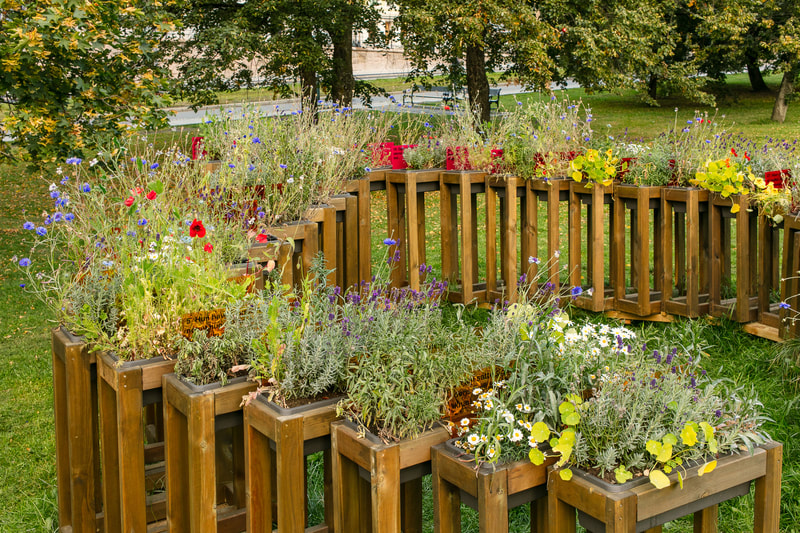 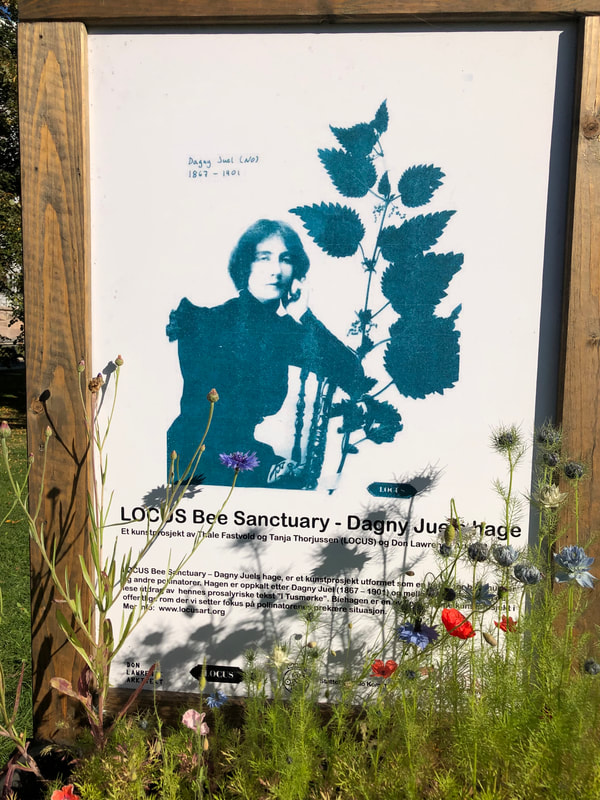 Bee sanctuary garden - Dagny Juels hage - is a public art project for pollinators and humans.
​Incorporated in the installation is the lyrical text "I Tussmørke" by Dagny Juel. 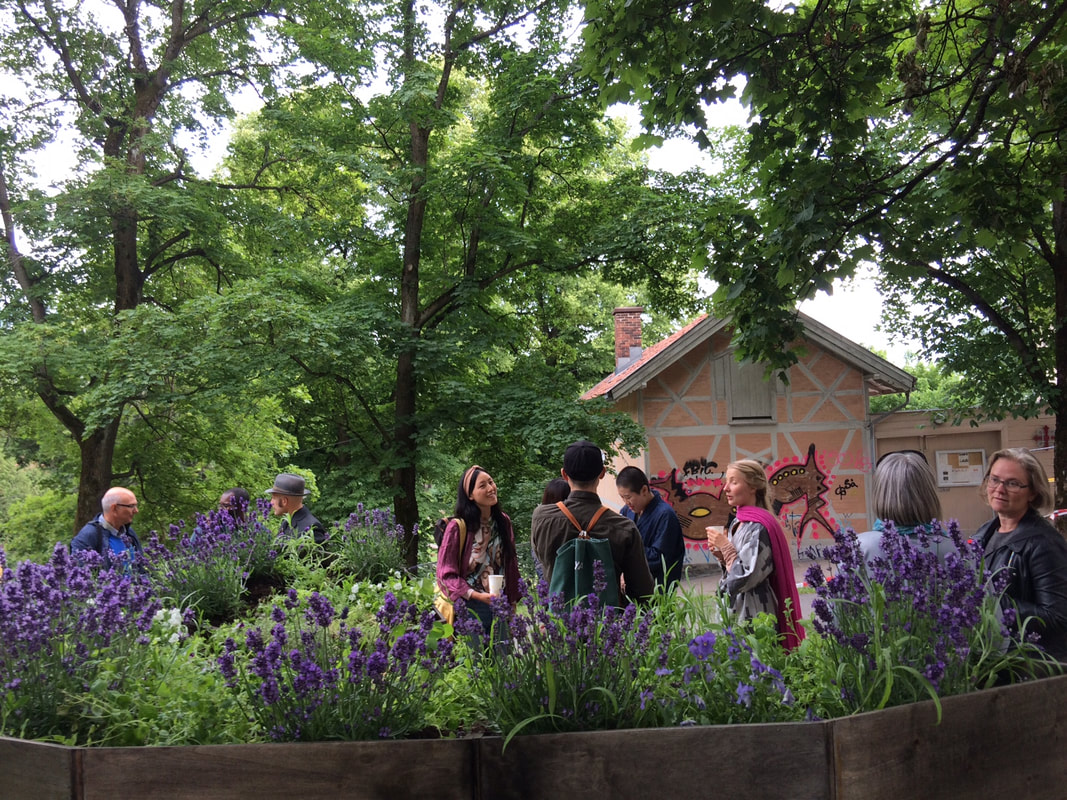 LOCUS Bee Sanctuary Garden is an art project designed as a buffet for bees, bumblebees and other pollinators in the neighborhood where we offer specially selected flowers from ecological seeds. The Bee garden is one of various green art projects in public space where we focus on the pollinator’s precarious situation. The garden contains pollinator friendly flowers such as Lathyrus odoratus, Nigella damascena and centaurea cyanus giving the bees and butterflies incresed diversity. 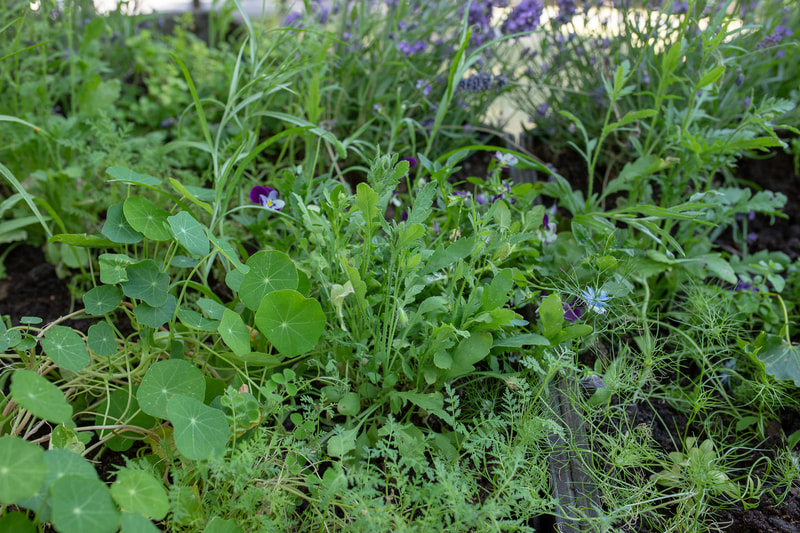 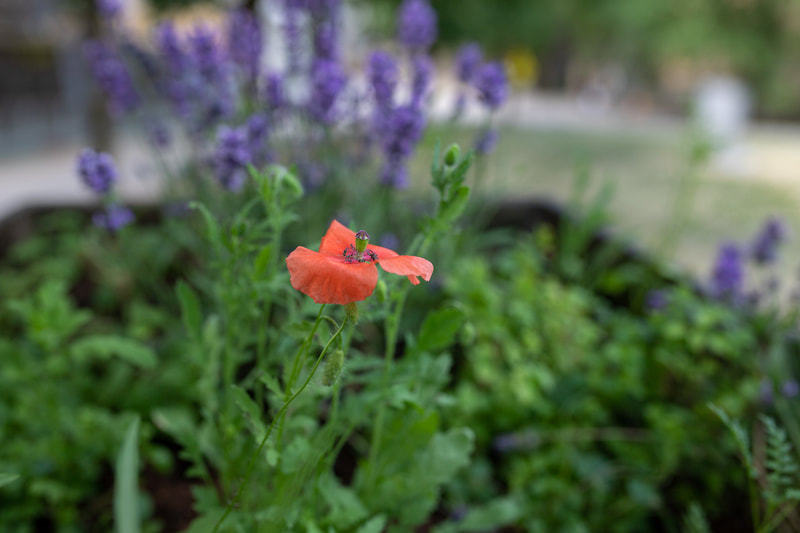 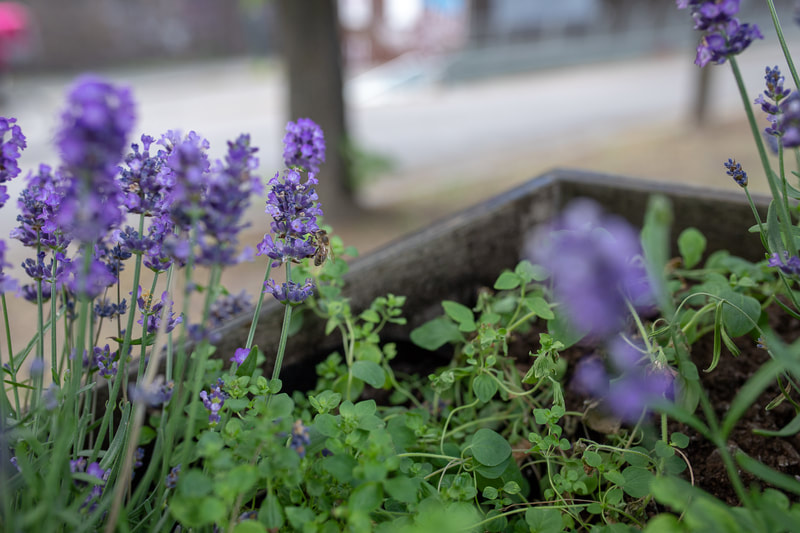 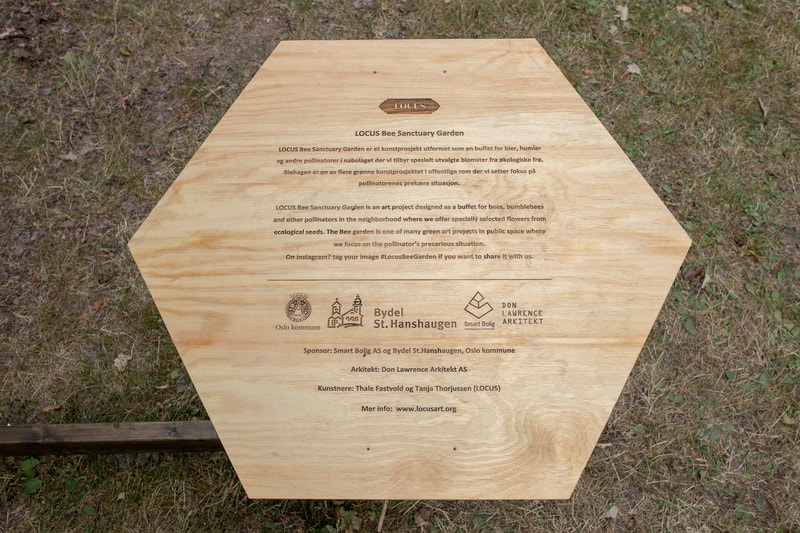 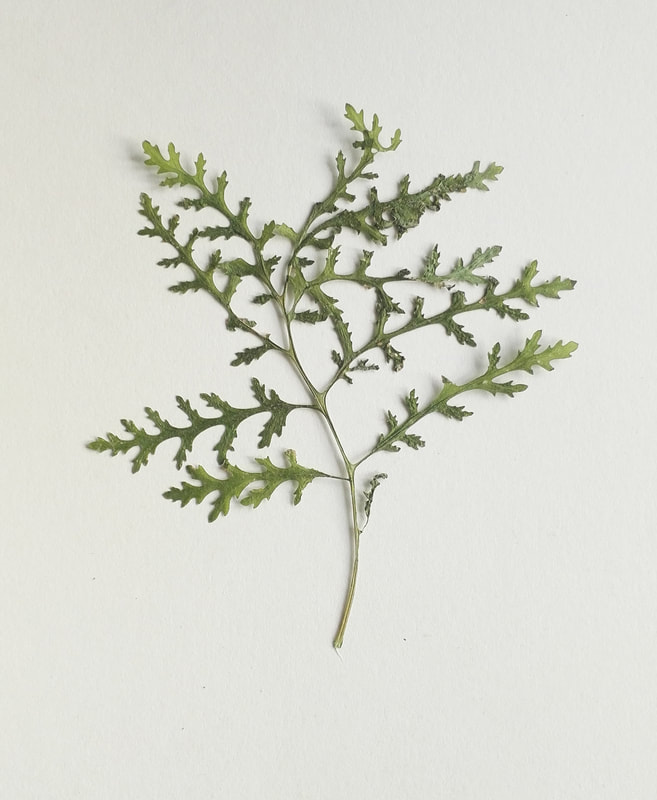 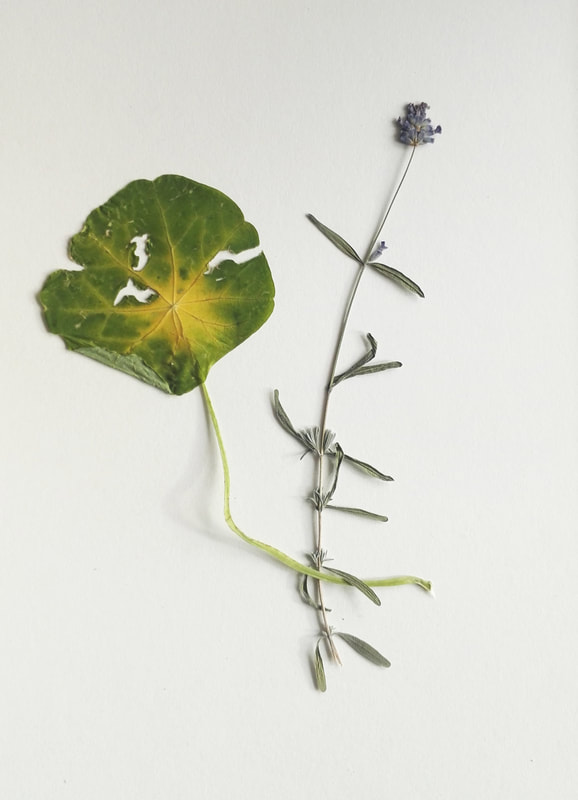 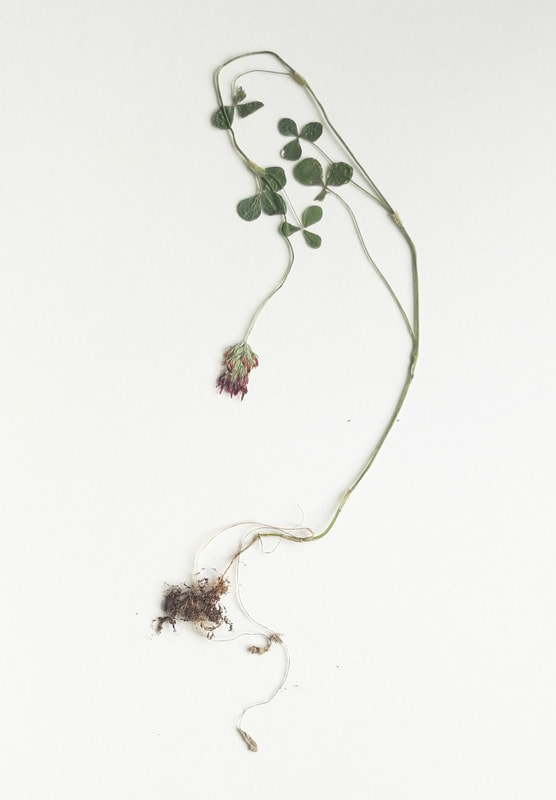 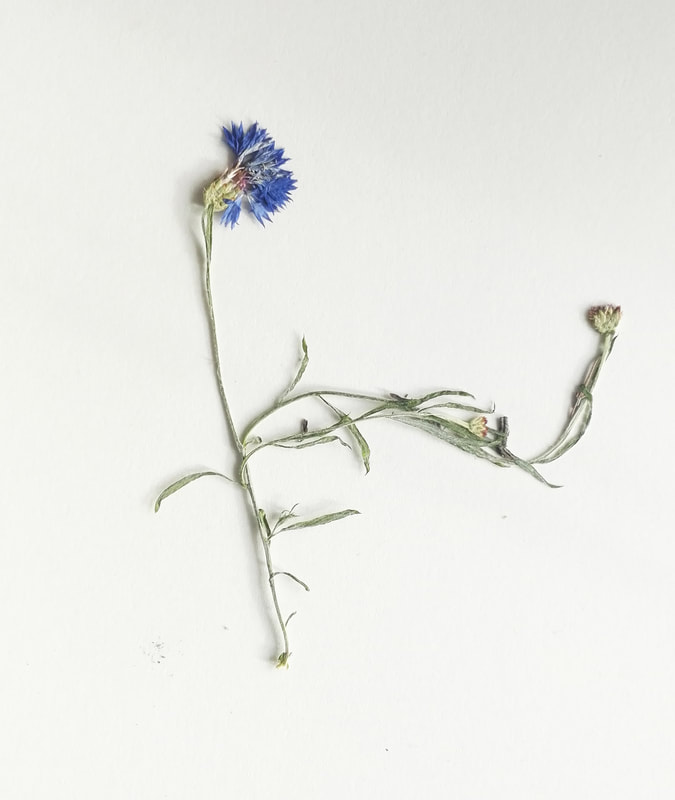 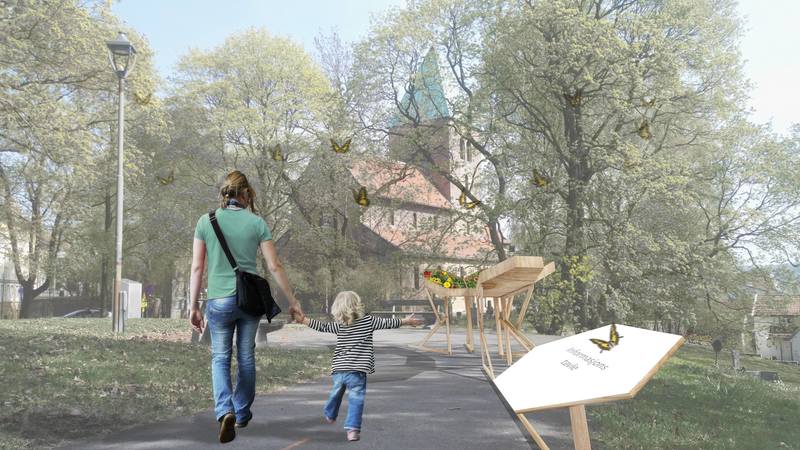 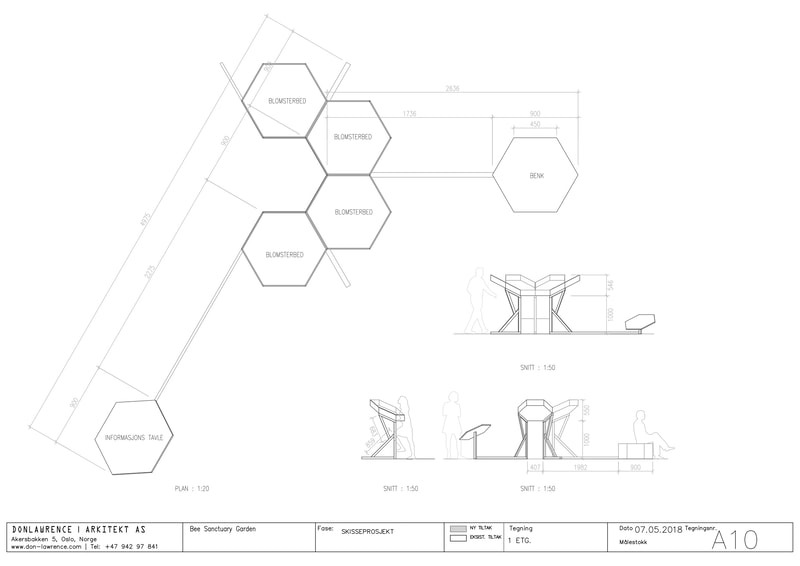 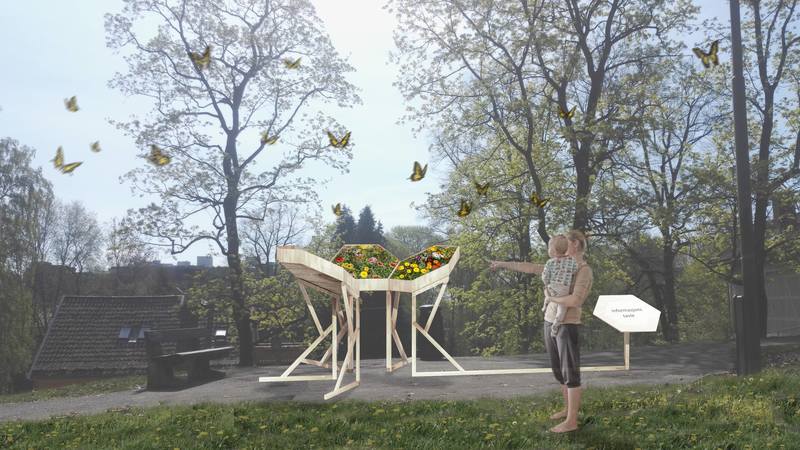 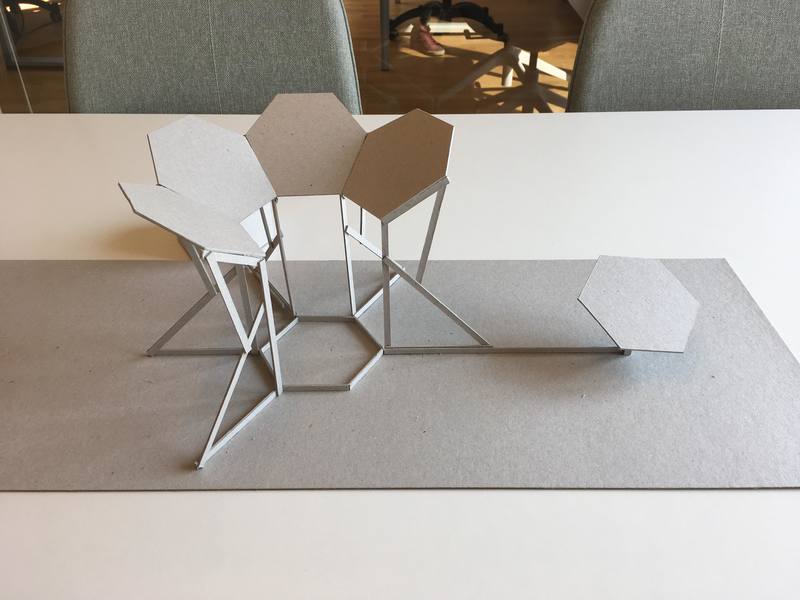 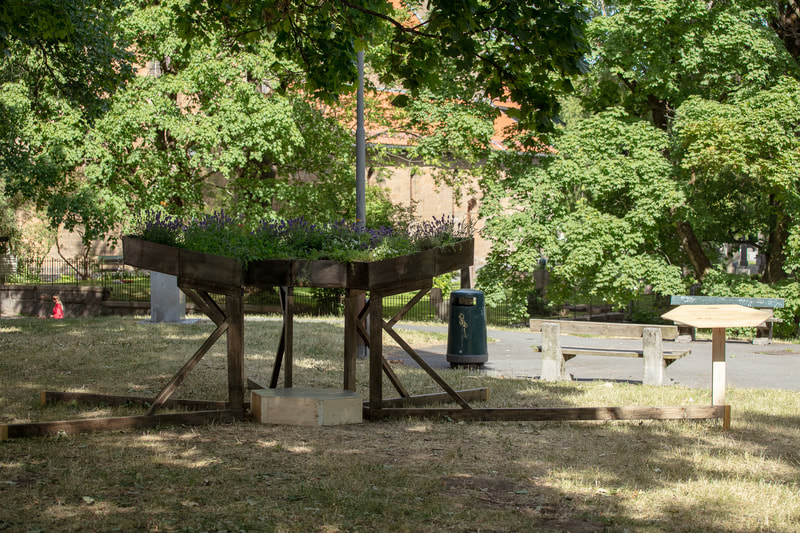 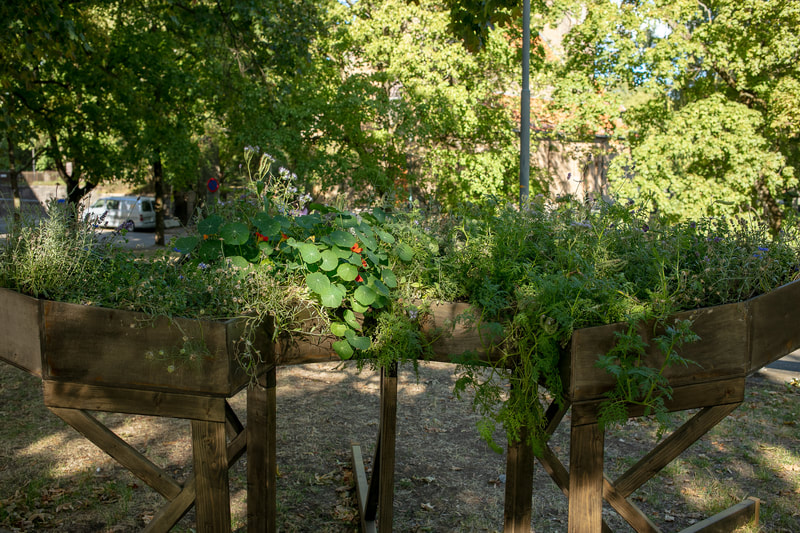 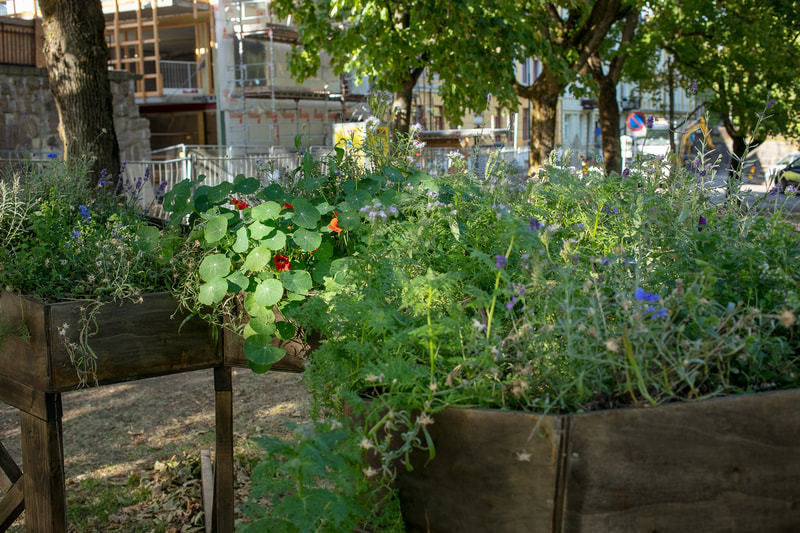 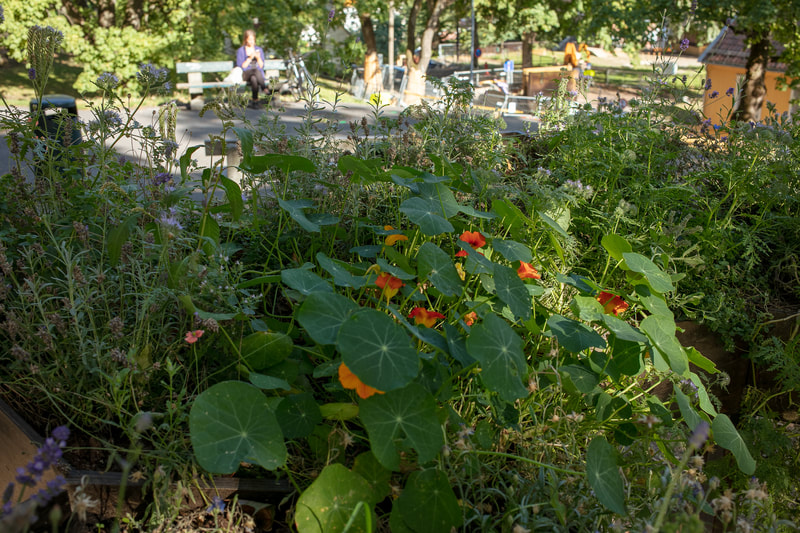 Origin Of The Species

Alice thought she might as well wait, as she had nothing else to do, and perhaps after all it might tell her something worth hearing. For some minutes it puffed away without speaking, but at last it unfolded its arms, took the hookah out of its mouth again, and said,
'So you think you're changed, do you?'
'I'm afraid I am, sir,' said Alice; 'I can't remember things as I used — and I don't keep the same size for ten minutes together!'
'Can't remember what things?' said the Caterpillar.
'Well, I've tried to say "How doth the little busy bee," but it all came different!' Alice replied in a very melancholy voice.


This text - the words, their meaning, the way I´m writing them, how they´re interpreted, what it´s all about, my hidden agenda and all that, and how it relates to the agenda of the thing itself, and how that´s not really a «thing» at all, but rather a sprawl, and a big one at that. All these things, and the places they may take you, or me. Reading between the lines never made more sense. You could, with some justification, say it´s by a long shot. I would argue - with, admittedly, considerably less to back up my point: that it´s always like that. But either way, you´ll eventually face the nightmarish web of cause and effect underneath the surface, by which this world does not function. And the nausea caused by realizing that all things obvious are the fruits of pure fiction, and that real connections lies elsewhere, usually out of reach, and usually with nothing to do with you, or your kind. But, then again; it all boils down to the way you look at it. First; it doesn´t really matter whether it is a long shot or not as long as it is shot and hits target. Could be a shot of Tequila. Could be a silver bullet for the werewolf. Could be a lot of different things. Now, to get to the point of all this; what if a lot of different things – ideas, points of view, discussions, instagram posts and printed matter, etc, etc – was to take as its jump off-point for further development, four hexagon shaped flowerpots on a street corner in Oslo? Eventually spreading, reaching various corners of the planet – like, say, for instance, San Francisco? Certainly, that´s a long shot, no? Not really. Or, at least not exceptionally long, because, as I would argue; it´s always like this, and the longer the shot the better. There´s a logic to this; gardening tends to become a tool for magic when applied by people with some form of art education. It´s true. Because it is one of those basic things; it is the very definition of knowledge. And we know how this goes; Knowledge is power, and power is pizza. However; knowledge is, of course, also a curse, and back in the day, many a witch found themselves at the mercy of those not only lacking the knowledge, but took it as evidence of satanic forces at work. Which is, pretty much, correct – because ignorance is bliss. Ignorance is bliss, and bliss is safety – safety, however, is not pizza. Nothing ever changes. Nothing ever stays quite the same.

So, as I was considering this flow – the prints, the tiny bottles of herbal mixtures, the notion of some people being «rare» - and along those thoughts, how to preserve knowledge in times when the majority not only rejects it, but rage against it. What this has done to this final age of politics, where facts are opinions, and opinions pose as absolute truths. To say anything at all about it, or anything else for that matter, I had to get to the source; the sanctuary for bees, located just outside the central parts of Oslo. And I almost overlooked it completely. It was way smaller than I expected, and hidden under the trees. It looks kind of like a set of electronic drums, but made of wood, and filled with flowers. Unlike most artworks left outside in the city, it stands curiously unharmed. Probably because it doesn´t look like art – which is a funky notion, and quite absurd coming from someone dabbling in art on a 24-7-schedule. Yet, this is a crucial point; I did really overlook it at first. It doesn´t scream for attention, and it has a function for someone – the bees, to be precise – beyond just offering a focal point for thought provoking reflections. So, I´m not joking; it doesn´t look like art, and it may even be that it isn´t, strictly speaking (but, you know, of course it is) – but it doesn´t really matter what and if or if not; the point is that this is where it comes from, and thus it makes perfect sense that it involves bees. Let´s face it, existence would be considerably less interesting without the bees. Given that 50% of the species ended up extinct during the past hundred years, the remaining 50% is very likely in trouble, and I think we should probably feel a bit guilty about that. We should really look after those beings, not only the bees. Not only because they´re in trouble due to the industrial revolution, but because we´re cursed without them. Then again, try get this message across in a world where public debate is about being loud and interrupting the other speakers. Indeed, try to convince anyone with your language and rhetorical skills in 2018, under any circumstances. Amazed that dolphins speak, no one really paid any attention to what they were actually saying. It´s no longer about whether the glass is half empty or half full, but whether there is a glass at all. The strategy applied here; the anonymous little garden as a platform for diverse interconnected projects and productions, can and should be understood as a sanctuary not only for the bees, and as a consequence of personal politics in a time when that shit really doesn´t matter. Every now and then I get those questions people involved in art regularly gets from people not involved in art. They´re a constant. The most common is the blunt and aggressive «What is art?», but sometimes you get the more curious «Where do you think art is going?». And that´s kind of like asking where the universe is going, but what’s interesting is the notion of movement; that it is actually going somewhere – and that precious few, presumably hardcore insiders and people in power, knows where. As if art was the ocean, or Africa, when it is in fact the moon – we know exactly where it´s going, and it will repeat itself ad infinitum. It goes around and it comes around. Now, the interesting thing is of course those various unpredictable pieces of rocks and space-trash that moves around the planets that could theoretically cause us some serious trouble. What´s interesting about contemporary art happens to act the same way; movements too rapid to grow into systems, discourses that fly under the radar, and projects that continuously evolve and strive for whatever lies beyond this timeframe we call «a life», spent within this maze of cause and effect we call «the earth». The only really alien planet.

So, this is more or less caught in flux. I´ve no idea where anything is going, nor have anyone else. But I know when the war started, and how. I know that nothing works, and that it doesn´t work for a reason. I know art, because unlike everyday life, art is real. I know why women have men figured out before they´re fifteen, and why most men will never figure women out – admittedly, I know too much for my own good. And I know where this process has its roots, and I mean that literally.
​ 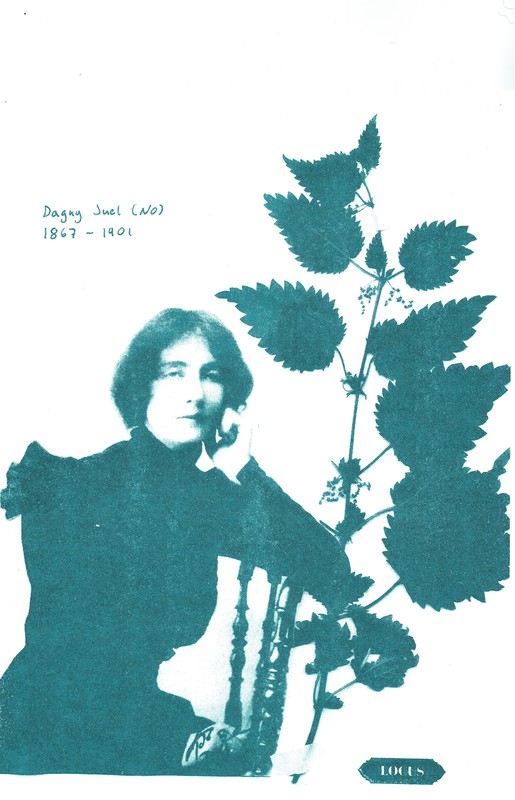 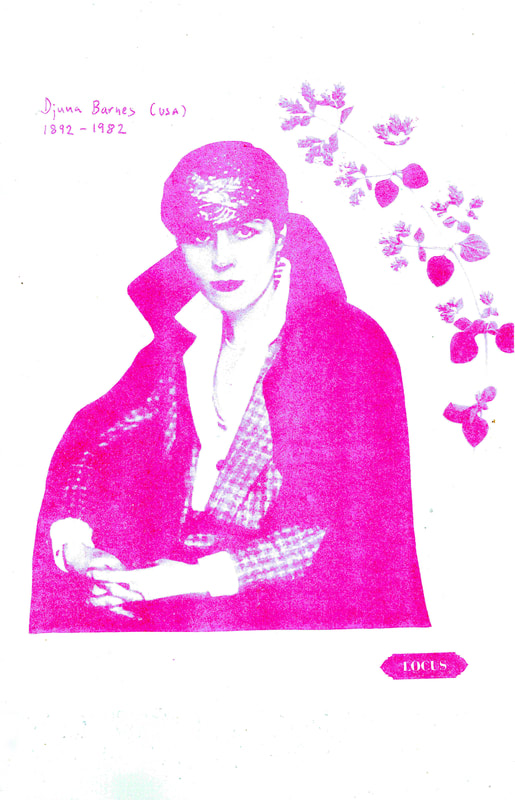 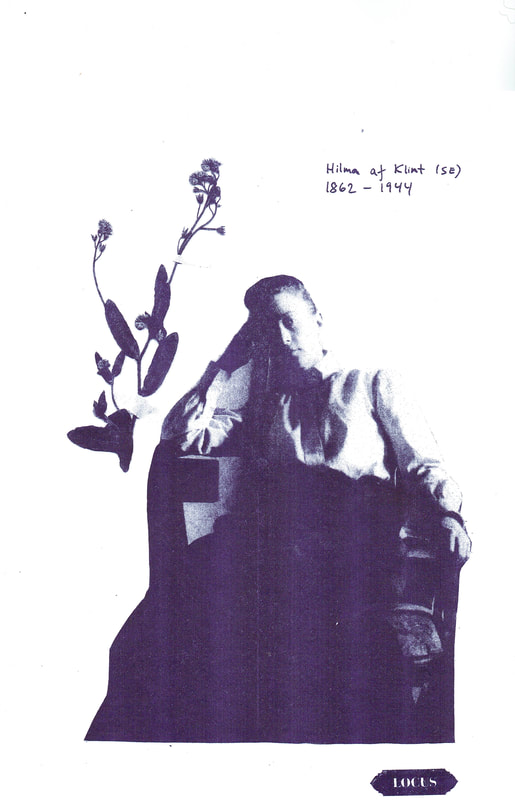 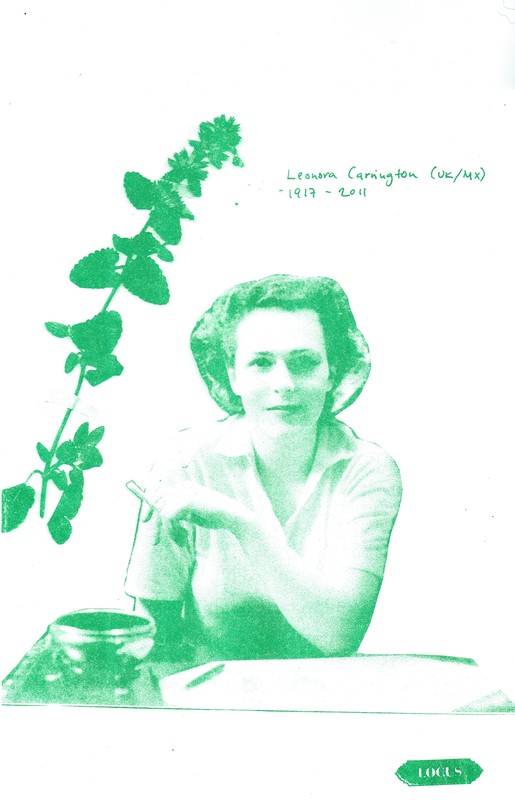 “Pink and a blue universe cross each other in particles like two swarms of bees and when a pair of different colored bees hit each other miracles happen”
The Hearing Trumpet, Leonora Carrington

The universe of the yellowish, dirty, dry soil is waiting for mundane miracles. The more reified the world becomes, the thicker the veil cast upon nature, and veil, in turn, claims ideologically to be nature[1].

(And the world forgets that culture is just a moment, just a while.)

When Anthropocene ends all magnificent examples of art-apocalyptic visions will turn into non-magnificent dust.

(The old palette of The Triumph of Death is quite relevant: red and yellow dominate sometimes moving into brownish tones, leaving green paint impossible to occur.  The pink or blue remain in the realm of a dream.)

Less spectacular apocalypse is happening now: the planet is literally burning. No plants means no life. The equation is simple. Yet, at the same time, the everyday routine of habits and customs moves as usual, and things happening just in front of our eyes stay unnoticed. The history of culture knows that as well; this monotonous repetitiveness of the same facts and names leaving the whole spectrum of important voices in silence.

(Her)story masters repetitions with a difference; reading between the lines and finding each time new facts and names destabilizing the power

The project Kvinner - colorful risograph prints of the important women artists in history (each presented with an ordinary flower)[2] is connected with the previous Locus work –  Bee Sanctuary Garden – a buffet for various pollinators. The link between the two is subtle and concentrates on the specific crossroad of culture and nature. The abuse of both relies on the similar mechanisms; thinking based on profit and power keeping the world conceal with a veil – reified and indifferent.  The alternative proposed by Locus is thinking and acting in small gestures of care like paying attention to the forgotten stories or building a local garden helping insects to survive. And that is already a lot. The risograph prints – like the real flowers – are mostly joyfully bright. Colors denote and they are life. Contemporary miracles are mundane and ordinary, yet essential for the future.